We have collected testimonials, photographic and video evidence of plainly unsanitary conditions in the outside areas of the centre, including what appears to be untreated sewage.

We have collected testimonial and video evidence that access to running water is limited, allegedly to around six hours per day.

We have collected video evidence of plainly unsanitary conditions in the toilet and shower blocks, including broken shower heads, toilets not functioning, and human faeces on the floor.

Human Rights Watch confirmed that Vial has “no showers that are accessible for people in wheelchairs, with one ONE accessible toilet for people who physical disabilities in EACH section of the camp.”

We have collected testimonial evidence from a wheelchair-bound woman who could not access the toilets.

Video: a refugee describes being unable to wash properly for a month.

Video: broken taps in the washrooms at Vial. 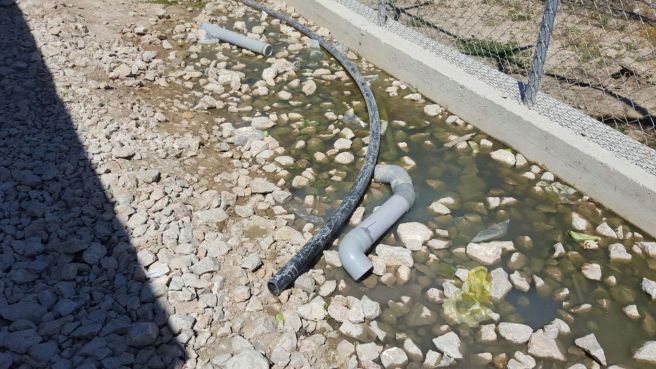 Photo: pools of unsanitary water in the outside areas at Vial.

Photo: discarded clothes in a pool of unsanitary water.

Video: a refugee discusses the health danger of open sewage.

Photo: a wheelchair-bound woman in Vial. 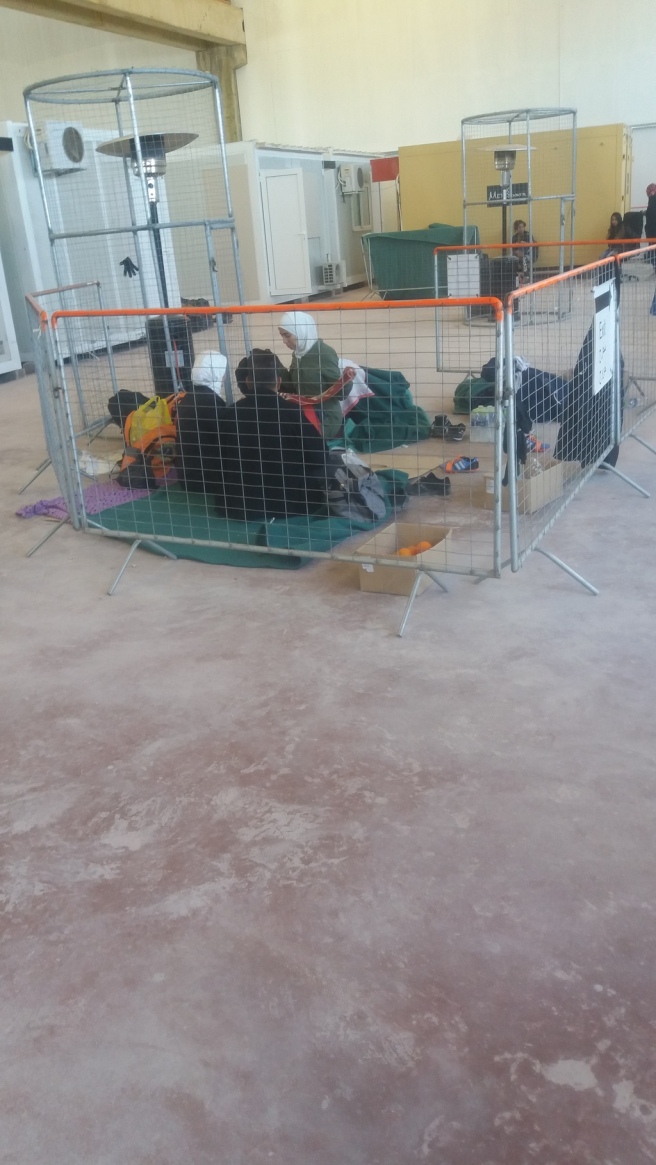 Photo: refugees sit in the large main hall of Vial.