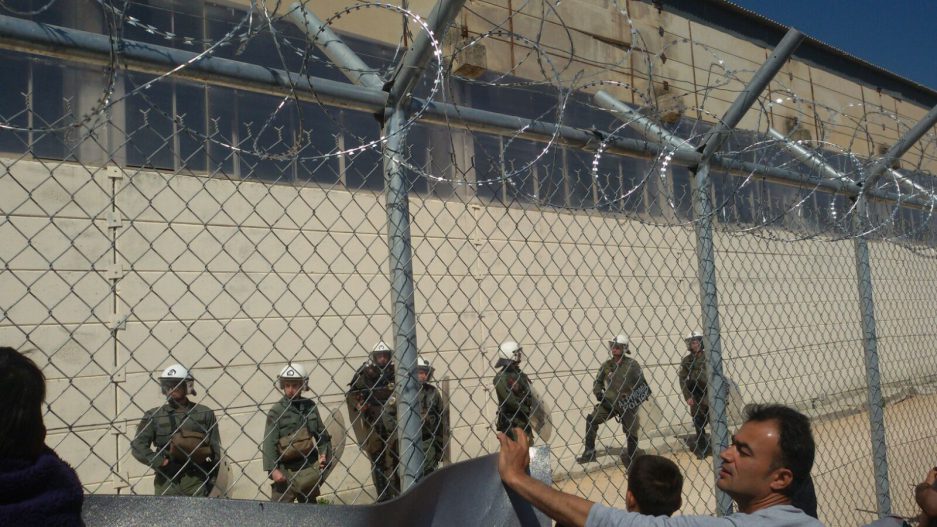 Since the implementation of the EU-Turkey migration deal on 20th March 2016, people seeking international protection from the European Union have arrived on the shores of Greece only to be taken to, and detained in various hotspots around the Greek islands.

One of these hotspots, Vial, can be found on the island of Chios tucked away in the hills in a quiet residential area.

It is important for us to highlight that:

a. Vial should never have been used as a “closed” detention centre. It was leased to the government as a registration/open centre – hence its operations itself, is illegal.

Officials at Chios council have informed us that Vial should never been have used as a “closed” detention centre. It was leased to the government as a registration / open centre hence, the centre itself, is illegal. We have a copy of the contract (in Greek) available upon request.

b. There are other less restrictive alternative facilities on the island. Both Souda and Dipethe camps are open and what is happening in Vial amounts to arbitrary detention.

When alternative to detention exist, as it does on Chios, there is no justification to continue this.

This blog was created to report on Vial’s conditions based on extensive video and photographic evidence collected by volunteers on the island.

We invite everyone to peruse the evidence collected and urge the international media to report on the injustice and hold the relevant parties accountable.